The federal government has announced plans to take over management of silver salmon in the federal waters of the lower Kuskokwim River for the first time ever. That’s if the silver run stays low. According to both federal and state biologists, silver runs are low and late, and they want to implement closures to help protect the runs.

“We wouldn't be taking action if we didn't feel like it was an emergency. This is about as close to an emergency as you get in fisheries. We're trying to preserve what little is left of coho salmon, and it’s just really a little amount compared to what was once in the Kuskokwim,” said Blihovde.

Yukon Delta National Wildlife Refuge Manager Boyd Blihovde announced his intentions in the Aug. 10 Kuskokwim River Salmon Management Working Group meeting. He said that he would draft the plans in close consultation with the Kuskokwim River Inter-Tribal Fish Commission and biologists. Despite the restrictions, they plan to allow some subsistence openings for silvers.

If the new federal emergency actions come into play, it will mark one of the first times coho salmon fishing has been this heavily restricted on the Kuskokwim. Managers are calling for restrictions because of the low numbers of silvers swimming up the river.

According to data from the Bethel test fishery, the silver run is the second-lowest in the past decade. The state says the run is not projected to make escapement goals, which means that not enough fish are making it to the spawning grounds to ensure adequate returns.

The federal announcement of emergency management actions comes one day after the state released its own management recommendations, which the working group failed to pass. In the rejected plan, the managers from the state government had recommended closing the entire Kuskokwim, and all of its tributaries, to subsistence fishing for silver salmon starting next week through the end of September.

Subsistence users up and down the river balked at the state’s plan to close the entire river for more than a month, calling it overly restrictive.

Tribal Chief Mike Williams Sr. of Akiak said that he recognized the need to protect the run, but for him there’s a more important aspect.

“My biggest fear is that drastic management action without any food to eat for two months is not good for the families and our health,” said Williams Sr.

Other users with traditional knowledge, like Fritz Charles, said that the river is only feeling its first pulse of fish right now and they expect another pulse to come through soon. He also said that explains the small body size of the first run of silvers.

“When they're extra small this year that means you know they're gonna be plentiful this year,” said Charles.

The working group unanimously voted to support the federal management of coho in the federal waters of the lower Kuskokwim River. It also voted to recommend the state mirror lower river management decisions in the middle and upper river.

State biologist Nick Smith said that he would have to see what the federal actions would be before he would agree to mirror them. He also defended his call for stricter regulations on the lower river.

“Right now we're not projected to meet escapement. And so the harvest needs to be curtailed until the time that we make escapement,” said Smith.

Smith has purview over management in the middle and upper river, Sections 4 and 5, but is prevented by the courts from announcing conflicting management decisions in sections 1 to 3 of the lower river. That’s because of a restraining order issued against the state of Alaska. The order is a part of an ongoing lawsuit the federal government has filed against the state for management control of the river.

The federal government agreed with the state’s assessment of the low numbers, but said that it still wanted to protect at least some subsistence fishing. Blihovde said that he would not announce the Emergency Special Action details prior to Aug. 13, saying that he would need some time to draft a plan in consultation with federal and Tribal biologists and the Kuskokwim River Inter-Tribal Fish Commission. 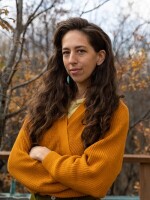 KYUK Olivia Ebertz
Olivia Ebertz is a News Reporter for KYUK. She also works as a documentary filmmaker. She enjoys learning languages, making carbs, and watching movies.
See stories by KYUK Olivia Ebertz
Current Underwriters
View Our Supporters!
KBBI seeks musicians for 2023 Concert on the Lawn
KBBI is seeking performers for the 2023 Concert on the Lawn. Interested performers can click the link below for instructions on how to get involved.
Interested in Performing?
Related Content