Talia Schlanger takes over as Host of World Cafe

As of Monday April 3rd, Talia Schlanger takes over as the new Host of World Cafe. Founding Host, David Dye, retired as of March 31st.

Last Fall, Talia Schlanger was named as contributing host and radio producer at World Cafe, produced by WXPN, the public radio service of the University of Pennsylvania. Schlanger joins the World Cafe team straight from CBC, Canada's public broadcaster, where she hosted a triple-A radio show on Saturday and Sunday mornings. She was the on-camera host for two seasons of the CBC television series CBC Music: Backstage Pass, which saw her interview some of Canada's best and brightest artists. Schlanger also hosted several prime-time music TV specials for CBC, including the Quietest Concert Ever: On Fundy's Ocean Floor featuring Serena Ryder, CBC Music SongCamp and the CBCMusic.ca Festival Special 2015. Schlanger served as the the interim host of CBC Radio 2's Canada Live and was a regular guest host on CBC Radio One's flagship artist and culture show q. She also filled in on Canadian current-affairs radio shows including As It Happens, Day 6 and Because News. Some of her favorite music interviews include St. Vincent, Tanya Tagaq, John Fogerty, Barenaked Ladies and Grimes.

Schlanger's first project at CBC was as a producer for CBC Music Presents: The Beetle Roadtrip Sessions, a cross-country rock 'n' roll road trip which won a Canadian Screen Award in 2014. She was also the digital producer for Hockey Night In Canada Song Quest, CBC Music's search for the next great hockey song.

Born and raised in Toronto, Schlanger is a proud alumna of Ryerson's Radio and Television Arts program. She's also a professional actress, singer and voiceover artist. Schlanger spent most of 2012 performing in the first national tour of Green Day's rock opera, American Idiot, at various theatres throughout the United States. (She thought she would be really cool when she met Billie Joe Armstrong after he watched American Idiot. She was not cool at all.) She has also performed on stage with Mirvish Productions' original Canadian company of We Will Rock You, as well as in the ensemble and understudying lead roles in Scaramouche, Oz (Canon Theatre, 2007/2008), and in Mamma Mia! (Royal Alexandra Theatre, 2003/2004).

World Cafe serves up a blend of blues, rock, world, folk, and alternative country, live performances, and intimate interviews, the two-hour daily program is produced by WXPN-FM in Philadelphia. 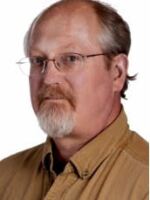 Scott Waterman
Scott Waterman joined KBBI in May 2019 as Interim General Manager. For the past 26 years, and until his retirement last year, he served as energy programs manager for the Alaska Housing Finance Corporation. Previously he worked in radio in Alaska. He spent six years at KABN Radio in Big Lake, then managed KIYU Galena, served as program director at KRBD in Ketchikan, and was news editor for APRN in Anchorage. Additionally, he hosted the Ninth Alley blues program on KNBA Anchorage for ten years and consulted in fundraising for KBRW in Utgiagvik (formerly Barrow) and KTNA in Talkeetna. He also assisted KTNA in their initial organization and start up.
See stories by Scott Waterman
Current Underwriters
View Our Supporters!
KBBI seeks musicians for 2023 Concert on the Lawn
KBBI is seeking performers for the 2023 Concert on the Lawn. Interested performers can click the link below for instructions on how to get involved.
Interested in Performing?