The families of the victims of a 2020 midair crash over Soldotna have reached a settlement, according to one of the family’s lawyers, putting to rest a set of several lawsuits over the accident that killed then-Republican Rep. Gary Knopp and six others; and unofficial results show Republican House Speaker Louise Stutes holding on to her seat in the race for state House District 5, representing all of Kodiak Island, Cordova, and Seward. 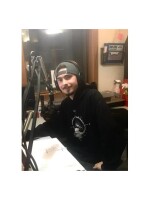