Editor's note: An earlier version of this story was updated to reflect the ACLU of Alaska's stance on a resolution proposed to fix the invocation policy.

According to a memorandum from the Mayor’s office released Nov. 9, the Assembly has "received numerous comments challenging the legality" of the invocation policy.

The proposed ordinance would appropriate $75,000 to cover legal costs if the invocation policy is challenged in court. The ACLU of Alaska has already stated that, as the invocations policy stands, it is unconstitutional and they plan to challenge it in court.

“From day one, it’s been about doing the right thing. I don’t understand how any belief system could want to exclude another. It seems to go against what their teachings are. I just feel very strongly that anyone who wants to give an invocation should be able to do it. They shouldn’t have to be associated with an association,” said Cooper.

The Assembly passed a resolution on Oct. 11, revising its policy on the invocation, or prayer, that begins each meeting. Under the new policy, only people or associations on a pre-approved list will be allowed to give the invocation.

She and Assembly Member Dale Bagley are proposing an amendment to try to fix the resolution that revised the invocation policy.

But Joshua Decker, the Executive Director of the ACLU of Alaska says the amendment does not go far enough.

“We do know that the Constitution says the government cannot be in the business of declaring which religions are okay. When we wrote our letter to the Assembly we clearly said the constitutional problems, that once government invites prayer into the public sphere it must be open to everyone and any judgments that the Borough Assembly makes about the criteria that a group must meet before any of its members may give an invocation are to quote the U.S. Supreme court are, “wholly inappropriate.” And unfortunately, the proposed amendment still suffers from the same fundamental constitutional problem,” said Decker.

Decker says, rather than putting aside funds to defend the policy, the Assembly should stop the invocations altogether or let anyone offer them.

In their letter to the Borough Assembly, the ACLU asked the Assembly to fix the unconstitutional policy by Nov. 28. They have one more Assembly meeting before the end of November, on Nov. 22.

Mayor Navarre attempted to veto the invocation policy resolution on Oct. 25, but the Borough Assembly overrode the veto in a 6 to 3 vote.

The Kenai Peninsula Borough Assembly will discuss Navarre's proposed ordinance along with Cooper and Bagley's at their next meeting on Nov. 22.

A public hearing on the Mayor’s ordinance allocating funds for legal costs associated with the invocations policy is scheduled for Dec. 6. 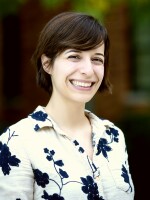 Shahla Farzan
Shahla first caught the radio bug as a world music host for WMHC, the oldest college radio station operated exclusively by women. Before coming to KBBI, she worked at Capital Public Radio in Sacramento and as a science writer for the California Environmental Legacy Project. She is currently completing her Ph.D in ecology at the University of California-Davis, where she studies native bees.
See stories by Shahla Farzan
Current Underwriters
View Our Supporters!
KBBI needs your help to bring this event to life! Click the link below to learn more.
Learn More!
Concert on the Lawn is powered by volunteers! Want to lend your skills and time? Let us know how!
Volunteer Now!
Related Content