Halibut landings across the state have slowed down as boats turn their attention to salmon.  Homer landed 109,763 pounds of halibut on fifteen deliveries in the last week, over twice as much as Kodiak.  Seward recorded 37,573 pounds. Almost eight and a half million pounds have been caught so far around the state in the IFQ longline fishery.

Sablefish landings were lower as well.  Seward’s 92,170 pounds led the week, followed by a 42,495 pound week for Homer.  Sitka, Kodiak, and King Cove saw the other significant sablefish deliveries. Just over 14.5 million pounds of this year’s total allowable catch remain.

The Upper Cook Inlet commercial salmon fishery took sixty-seven thousand fish in the last week’s openers, with sixty-two thousand of them sockeye.  Most of that came from east side set gillnetters, with the drift fleet accounting for 11,464 fish.

In Lower Cook Inlet, which includes Kachemak Bay, fishermen caught just under seventeen thousand salmon.  About half of that total came from the Kamishak Bay seine fishery across the Inlet. Most of the rest came from the various Kachemak Bay districts, with about two-thirds from the purse seine fleet. 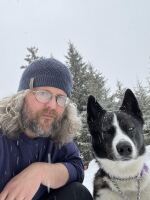 Jeff Lockwood
Jeff Lockwood spent years on fishing boats, oyster farms, and in kitchens before ending up at KBBI, first as a volunteer, then as the morning host, and now as the person who makes sure the sound goes to the right place. He produces Bunnell Arts by Air, and was the producer and host of Check the Pantry.
See stories by Jeff Lockwood
Current Underwriters
View Our Supporters!
KBBI seeks musicians for 2023 Concert on the Lawn
KBBI is seeking performers for the 2023 Concert on the Lawn. Interested performers can click the link below for instructions on how to get involved.
Interested in Performing?
Related Content